Microdeletions of the Y chromosome are the second most frequent genetic cause of spermatogenetic failure in infertile men after the Klinefelter syndrome (47, XXY). The molecular diagnosis of Y chromosomal microdeletions is routinely performed in the workup of male infertility in men with azoospermia or severe oligozoospermia.

This system consists of 14 primer pairs that are homologous to previously identified and mapped sequence-tagged sites (STSs). Y chromosome deletions in the regions that are amplified by these primer sets have been associated with male infertility. This system uses a five-dye fluorescent system for automated DNA fragment analysis, which allows multiplex amplification and electrophoresis of over 14 STSs which include AMXY marker (Chr.X: 104bp, Chr.Y: 109bp; Xp22.1, Yp11.2) simultaneously. The kit is intended for use on Applied Biosystems ABI PRISM® genetic analyzers. 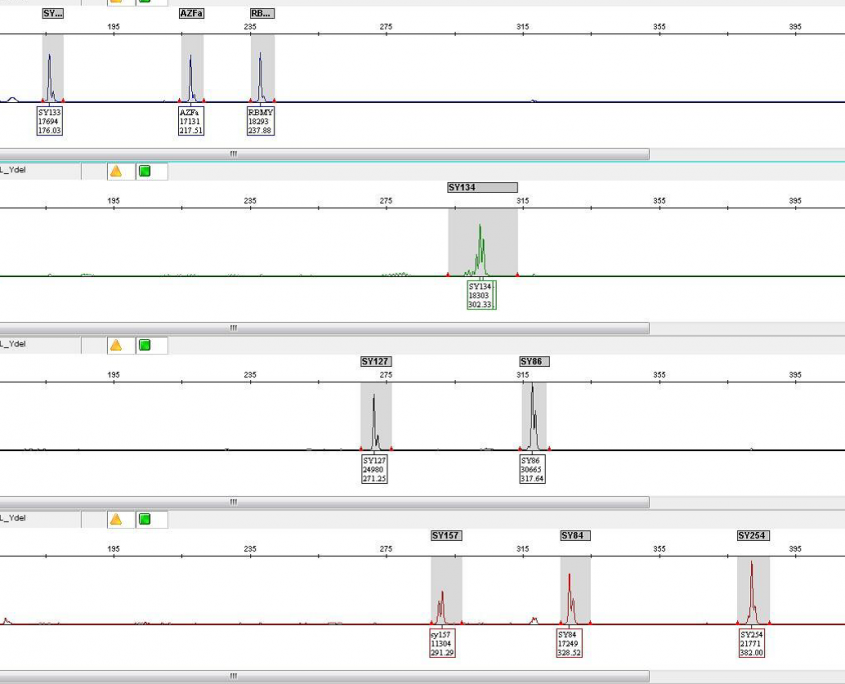 Please email us for product support requests and include your product LOT number.